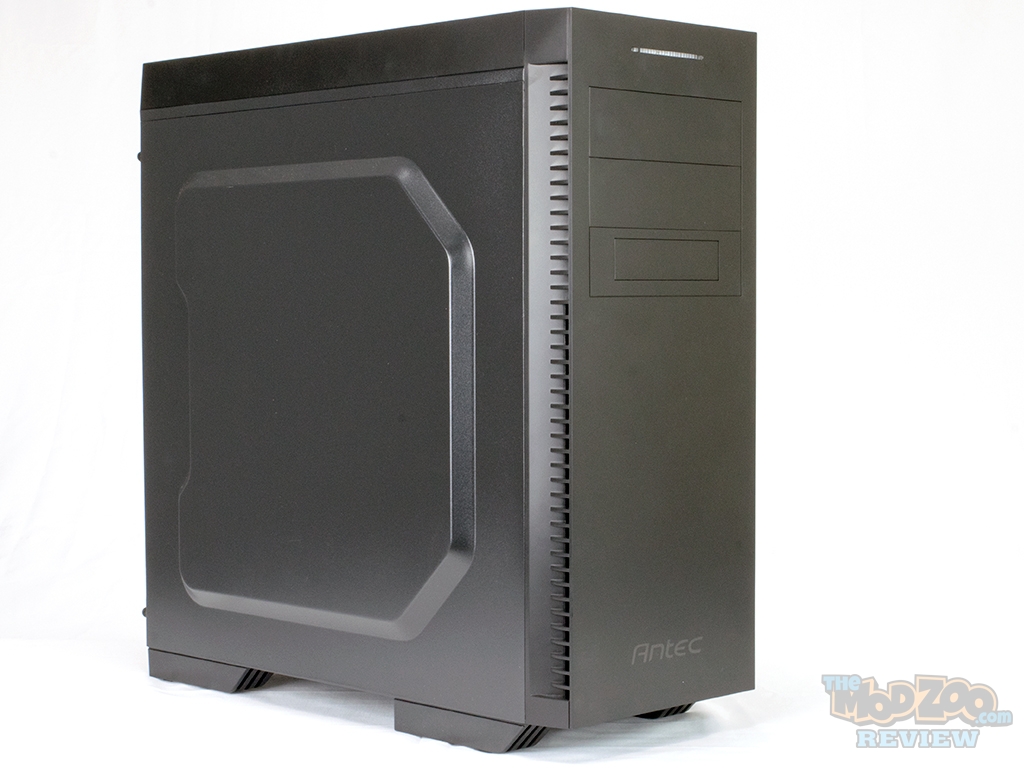 The Antec P70 does have some nice features despite its low price tag.  I liked the three (3) fan controllers, and that all the fan mounting locations were accounted for by those controllers.  Two (2) of the fan controllers had two (2) fan headers each (labeled), so you can control the top or front fans as pairs.

Overall I liked the exterior aesthetic of the case as well.  It was nice and clean, although I’d do away with the side panel bump outs, and incorporate a little more cable routing room myself.  The front panel of the case could easily handle some mesh, fan grill, or other such mods to it, but airflow seemed more than sufficient as it is.

Where I think the P70 could use some improvement is in the space.  It’s quite compact for an ATX system, which is both nice, and annoying at the same time.  GPUs that are longer than an ATX board can only be mounted in the upper two slots or they’ll hit the 3.5″ drive cages, which aren’t removable.  If it weren’t for the bump outs in the side panels there is almost no cable routing space, and even with those bump outs things still proved a little tricky.

The P70 has a pretty clean outside, two (2) blank side panels, removable top and front panels.  I think the P70 would make a great modder’s case.  There’s options for adding a window, more ventilation, or go a little further and gain more watercooling space.  I think it would be a fun case to hack up, as the monetary risk is pretty low compared to many options out there.

Overall, the Antec P70 was a surprisingly nice case, given its price point.  I’m not sure why, but I wasn’t really expecting much out of it, when I first started looking at it.  It’s a pretty solid case if you just want a well priced case to house all your stuff.  It won’t let you run 3-way SLI with cards that are beyond 10.5″ in length, but, if you just want a single long GPU, that’s accommodated fine.  I wish it had more support for watercooling and AIOs.  There’s only room for a single 120mm radiator in the back, yet there’s room for four (4) other fans.  I feel at least one of these locations should have been able to make room for a 240mm radiator. Overall, I give the Antec P70 a solid Mod Zoo Approved 4 Nanners rating.